With the snowdrop, tiger lily, tulip, roses and fresia decorated salon, feathered hats, cilinders, masks scatter everywhere foreshadowing a piquant adventure in the prom of the Opera ball in Vienna. Before reading further this blog be aware of the danger of nostalgia!

Just 140 years ago happened when empress Elizabeth of Austria and queen of Hungary fell in love with the young Fritz von Pacher Theinburg ministerial employee at the Vienna Academy of Music’s masquerade ball. The romantic love story was captured by the Austrian novelist Hubert Wittenbach who wrote the next about it (I didn’t cite it word by word)

“The famous masquerade ball of the Vienna Academy of Music was regarded the most exclusive ball of the party season. To increase the excitment, papers, magazines reported every day who would wear what and who would participate on the ball so it was no wonder that everyone in the upscale city were speaking of the season opener masquerade parade.

In 1873 late January, the 36-year empress Elizabeth was bored to death in her study. A nasty, rainy winter hit the capital, snow did not fall, so due to the bad weather she could not go for a ride and could not leave the city for warmer lands either, until Franz Joseph, the emperor returned to the capital. On one gloomy day Elizabeth was just sitting in her room and tried to concentrate on her book, but she couldn’t because the inaction tortured her so deeply like never before. Until that point when she discovered the programs of the ball of the Academy of Music in one magazin. The big event was due on that evening! Elizabeth became totally thrilled with the news, decided that at all costs but she would go to the ball in incognito. Her Hungarian abigail (lady’s maid) Ida Ferenczy initially opposed the plan, but eventually Elizabeth managed to convince her that no one will recognize them under masks, so Ida decided to go with the queen. One more person had to be involved in the adventure, the hairdresser madam Schmidl. She dressed up Elizabeth of a brocade yellow dominoe dress, put a strawberry blonde wig to her gorgeous hair, covered her face with a black lace mask so her white face, long swan neck was not be recognizible. However Ida Ferenczy dressed in red dominoe cloth, with a black wig. Half-hour later the two excited ladies in the dominoe costumes managed to get into the hall of the Academy of Music unobtrusively. They took the gallery seats and watched the cheerful, debutante crowd for a while. Elizabeth in her gorgeous costume was still excited and was eagerly waiting for that someone would discover her, but when nothing happened until midnight she became totally depressed, and finally said to Ida:” if I had to come to the ball, I want to dance, please bring someone up to me”. At the beginning of the ball she had already picked out a good-looking blond man, who was standing next to a “shepherd” girl. So she pointed at that guy and sent Ida down to him, wanted to know who he is. As it turned out the man’s the 26 year-old Fritz von Pacher Theinburg ministerial official, who willingly followed the mysterious lady’s maid to her mistress. After a few polite words, Pacher immediately guessed that the woman could not be other than Empress Elizabeth because of the way of talking and as she held her head, as she waited to broach the people out of the way when they started to dance, so he was absolutely sure about her identity”.

When later love was consummated in Pacher suites, the Empress was still in the faith that Pacher didn’t recognize her. The love affair lasted about 3 months, and during all that time Elizabeth believed that no one knows about the relationship but it could not remain a secret because Fritz Pacher von Theinburg was not very discreet man, he even captured the adventure with the Queen / Empress in a poem, which Elizabeth, if she had ever read it, would have found out the truth, namely, how much wrong was she when she thought that Theinburg loved her head over heels, and was completely fascinated by her beauty etc, but probably she realized that 3 months later when she ended the unilateral adventure because Elizabeth did not like that he did not dance the way she wanted, anyway, the banter just entertained the Empress but did not the young man. ” 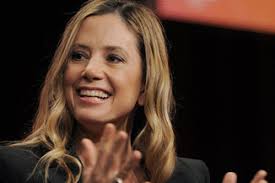 A lot of water had flown down the Danube river since Elizabeth’s love affair, and many people have fallen in love at the Viennese balls, but Vienna had to wait until 1992 to draw the attention to the world again of the Vienna Opera ball. Thanks to Richard Lugner, the Austrian shopping mole owner, investor, industrialist tycoon, who organizes every year a charity connected ball at the Vienna Opera House, where world-famous celebrities waltz to Strauss’s music, and every year’s sensation, who will be the guest of honor! This year the ball will be held on February 7 and the guest of honor of the prom will be the Oscar-winning actress Mira Sorvino!

This entry was posted in art, history and tagged beauty, celebrities, entertainment, oscars.